​Of all the exotic locales Burkhart visited during his overseas travels, one of his favorites was North Africa. This piece was most likely executed in either Tunis or Cairo in 1963. It is especially colorful and full of energy. The whimsical nature of Burkhart fully presents itself in this work. If you look closely into the bark of the tree, you will notice that he “carved” his initials into the trunk by resigning the painting. 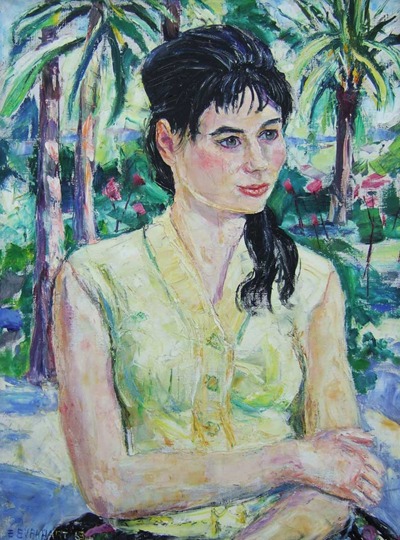 This is a thoroughly delightful and highly desirable Burkhart street scene. He has adeptly captured the milky, hazy atmosphere of a Central Ohio summer day. You can almost feel the dust from the gravel road and the sun beating down on your brow. Burkhart painted many of his better street scenes during the 1950’s and although not dated, it was most likely painted during this period. 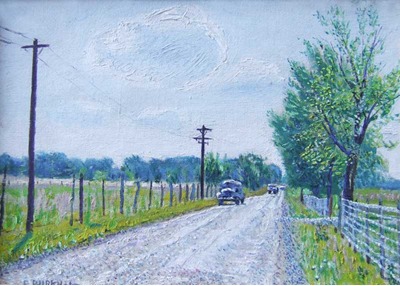 Welcome to the gallery pages at EmersonBurkhart.info. To view available works for sale, click on the gallery button at the top of the page, then follow to the Burkhart galleries. Scroll down the page to see the full inventory in each gallery. 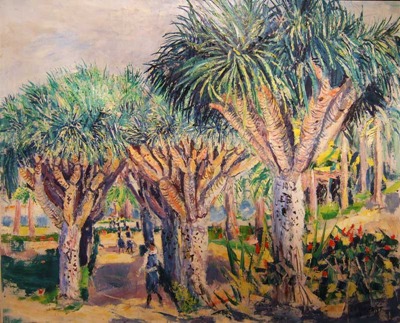 ​This important Burkhart painting does a superb job of capturing the structured essence of Japanese culture. Painted while on the ISA Tour in 1965, the piece depicts young ladies, in matching uniforms, walking in formation down a road. Their school may well be the building situated on the hillside center background. 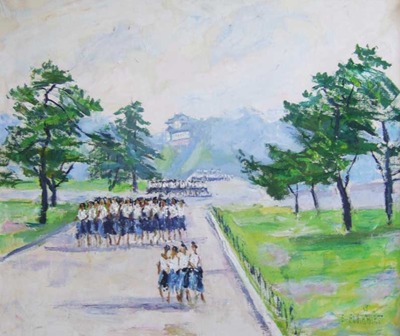 ​Burkhart was his “favorite model”, always there and always cheap! By his own count, he estimated by the early 1960's that he likely had painted his likeness on more than 400 occasions. Several times, most notably during the 1950's, Burkhart would fancy himself as some other character in self-portraits such as these. They included the pugilist, the thinker, the sheriff, the bank teller and others. 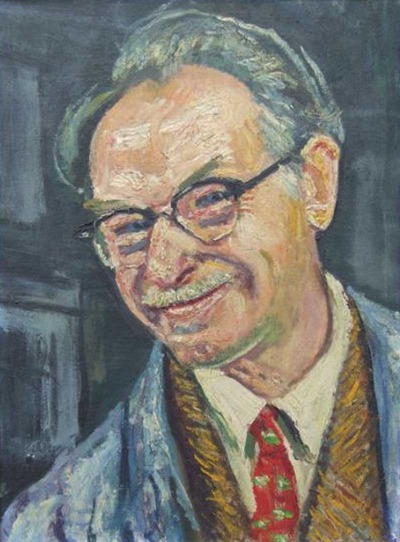 Burkhart was known to ask students traveling with him during ISA overseas trips to pose for portraits. This attractive young lady did so at one of the more exotic locales on their itinerary.

For purchase information please click on the 'buy' button at the top of the page. 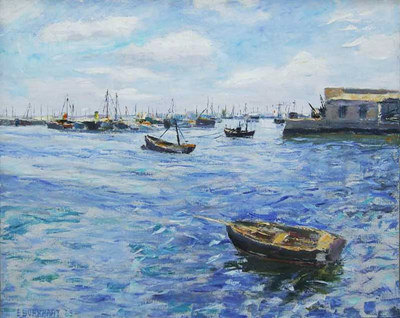 This large harbor scene is a well executed painting completed while traveling with the International School of America. Burkhart was the artist-in-residence on this trip in 1963 as well as several others during the decade of the '60's.