Burkhart traveled to Stockholm with the ISA in 1966.  He noted in his correspondence that Stockholm was one of the cleanest and most attractive cities he visited during this particular trip.  On this day, the light and shadows outside his hotel were playing in such a manner to provide wonderful contrast that is evident in this painting.  He expertly uses the artist’s device to draw your eye from the foreground to the vanishing point at the lower left where the road seems to disappear. 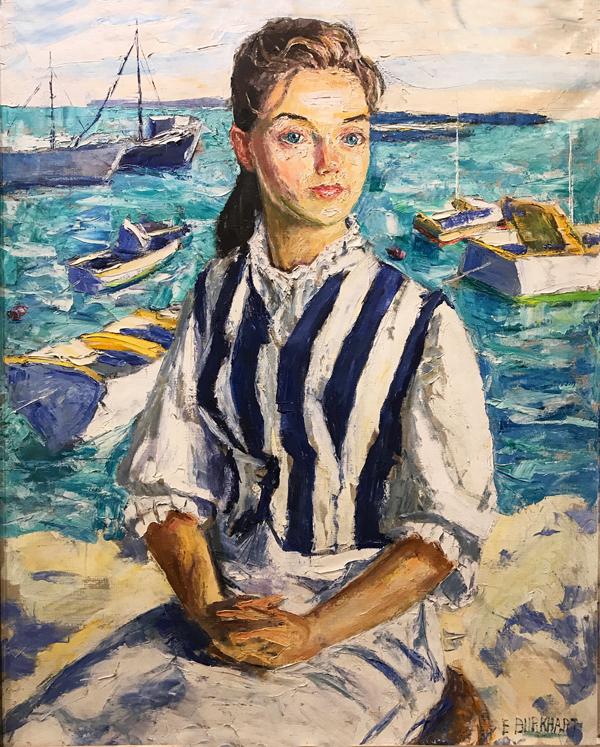 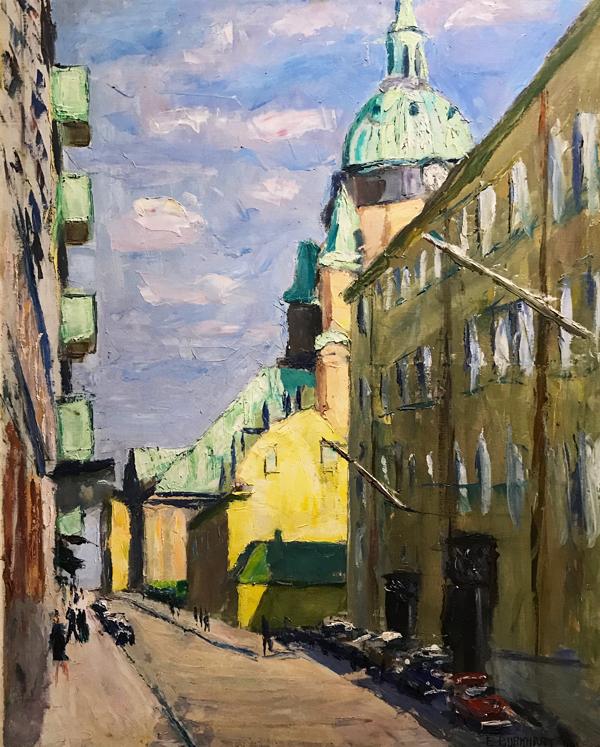 Lois Anderson was a student on one of the ISA trips.  Like many of her peers and locals in the cities on the itinerary of the ISA, they readily agreed to sit for Burkhart.  The artist has created a sympathetic rendering of the sitter as a bright young lady with a proper attitude.  Although we can’t be sure of this location, it appears to be at one of the Mediterranean coastal locations favored by the ISA.  This colorful work is very reasonably priced. 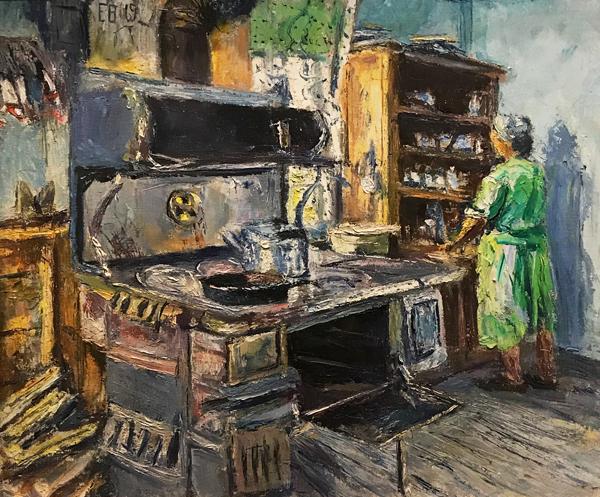 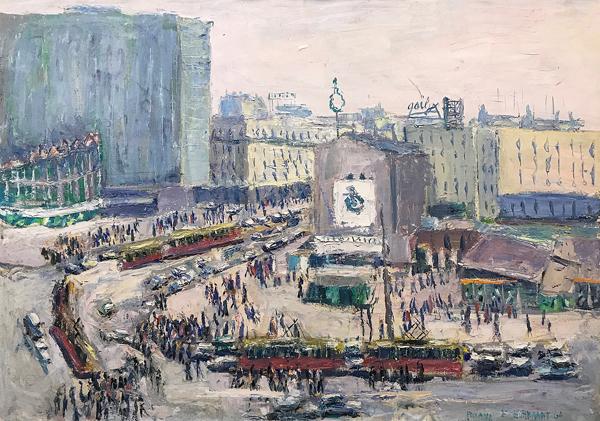 This is one of Burkhart’s best efforts in all the years he traveled with the ISA.  India is well known for its bustling markets and overcrowded conditions.  He has captured not only the chaos of daily life in India but also their vibrant use of color in most everything, cars, architecture, decoration and more.  ‘Shahjahan Market’ is one of the few paintings that was included in Michael Hall’s book on Burkhart, “Emerson Burkhart – A Painter’s Song of Himself,” pg. 140 and the Burkhart Retrospective Exhibition in 1970 at the Columbus Gallery of Fine Arts, noted in the catalog as number 135. 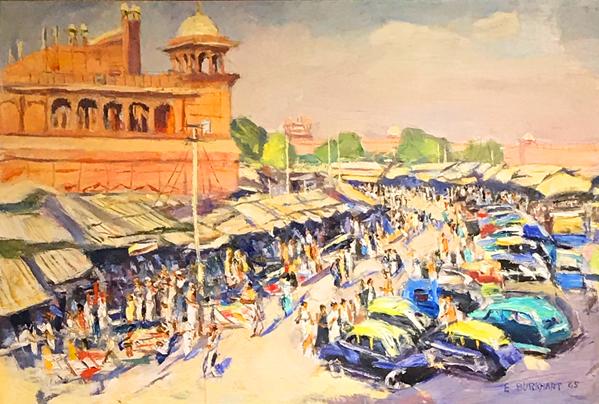 Many Eastern European cities of the post- WW II era, especially those within the Communist Bloc, were rebuilt without much architectural flair or imagination.  Such subject matter can be a challenging assignment for even the most accomplished artists.  Burkhart works around the drab surroundings and captures the essence of Warsaw with the clever synergy of mass transit and people, engaged in movement at a major intersection in the Polish capital.  This dynamic painting was executed while on the ISA trip of 1966, his last with the group.

This is one of three paintings Burkhart rendered of the great iron stove in the kitchen of Mrs., Pheasant, an indian chief’s wife in Wikemikong, Ontario.  Burkhart spent a large portion of his last summer.  The stove represented all that was good in Emerson’s world.  Although antiquated, it served its purpose with dignity and predictability.  Burkhart was an environmentalist before anyone ever coined the phrase.  He abhorred planned obsolescence and society’s increasing desire to succumb to Madison Avenue’s ad blitzes for the newest products available.  This particular version of the stove was the only one of the three displayed in the Burkhart Retrospective Exhibition at the Columbus Gallery of Fine Arts in 1970.  It is listed in the catalog as number 158.