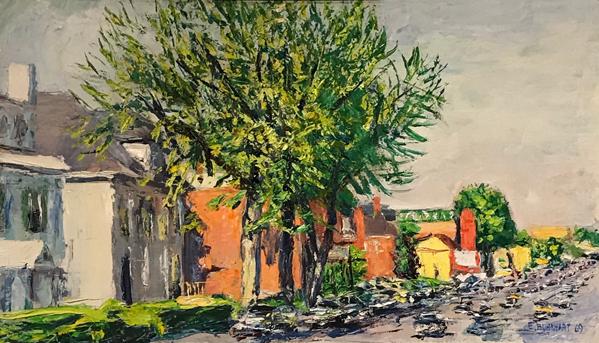 Burkhart was inspired to paint life as he saw it.  He clearly favored street scenes as one of his favorite genres and painted these throughout his career, beginning while he was in college at Ohio Wesleyan University in Delaware.  This is one of the last street scenes he painted prior to his death and it’s appropriate that it was just blocks from his home on Woodland Ave.

During the last summer of his life, Burkhart traveled to visit an indian chief he befriended in Northern Ontario.  In exchange for lodging, Burkhart agreed to fish in the small lake next to the house and provide the family with a fresh catch of the day.  He spent several weeks there and produced a number of works including several paintings of the iron stove in the chief’s kitchen, two of which are also offered here as well as one that was his last large scale painting prior to his death.  That particular work is featured in Michael Hall’s authoritative monograph on Burkhart, “A Painter’s Song of Himself.”  This is a small gem that would be a great addition to anyone’s collection of Burkhart works. 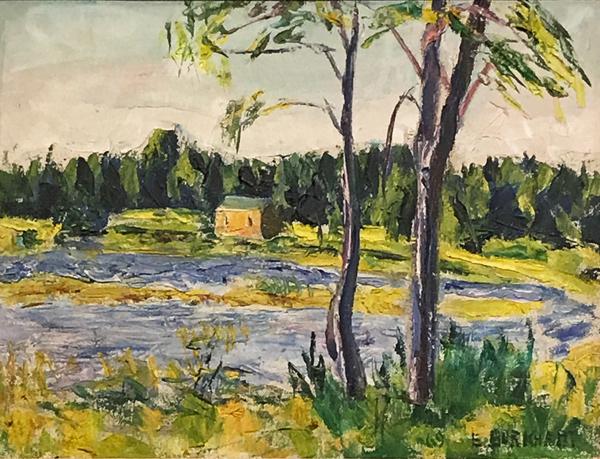 Ohio was ground zero for the oil and gas boom of the 1960’s.  Many wells were drilled relatively close to Columbus and Burkhart made it his business to paint several renditions of this subject matter during this period.  This is an opportunity to own a work that depicts an important part of Ohio’s economy during the mid-century. 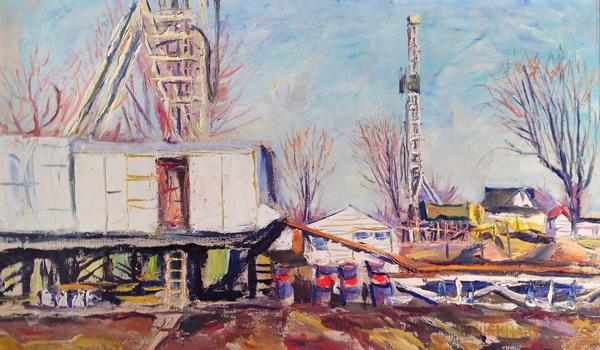 Bucolic farm scenes were a favorite subject matter for many artists and Burkhart was no exception.  As the son of a farmer, Burkhart had a fondness for the country and especially farms.  Some of his best rural landscapes were produced in the early 1950’s.  This is clearly one such example.

Here is another very solid depiction of a Central Ohio farm located in New Albany, Ohio.  Although it is undated, the treatment of the sky, tree line in the background and emerging vegetation in the fore ground and middle ground, clearly places it in the realm of rural landscapes he executed in the early 1950’s.  This painting is an outstanding value at the price offered and should be strongly considered by anyone looking to acquire a very good work of this genre. 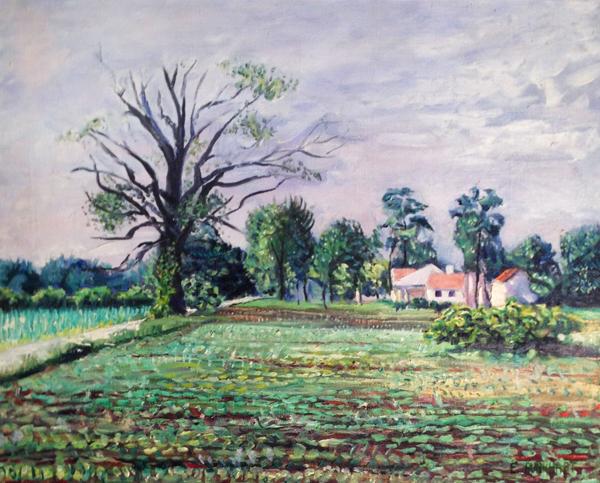 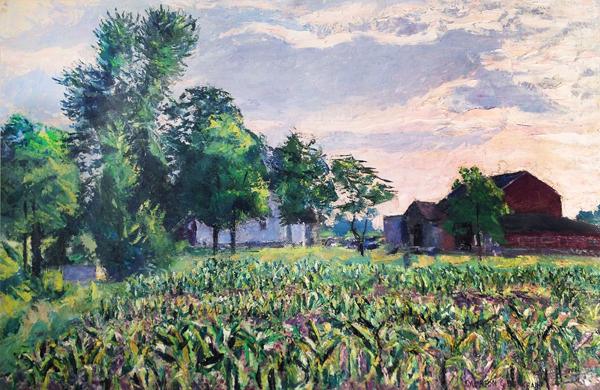