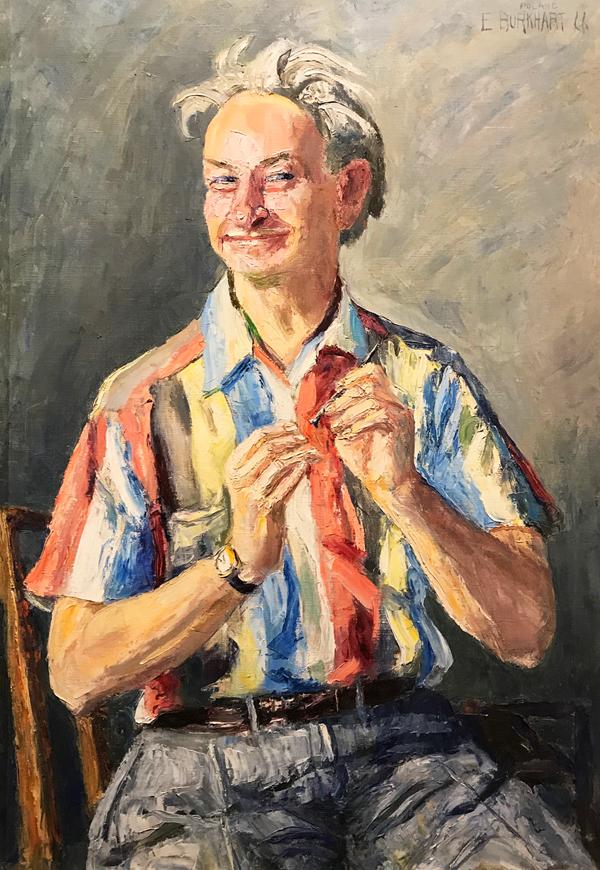 While in Poland on the ISA trip of 1966, Burkhart had time to render several self-portraits.  This and a smaller version while wearing the same shirt, were the two best he produced that year.  Burkhart does a great job of capturing his impish but sincere personality in this version of his many self-portraits.  This may be one of the best available on the market today at this price. 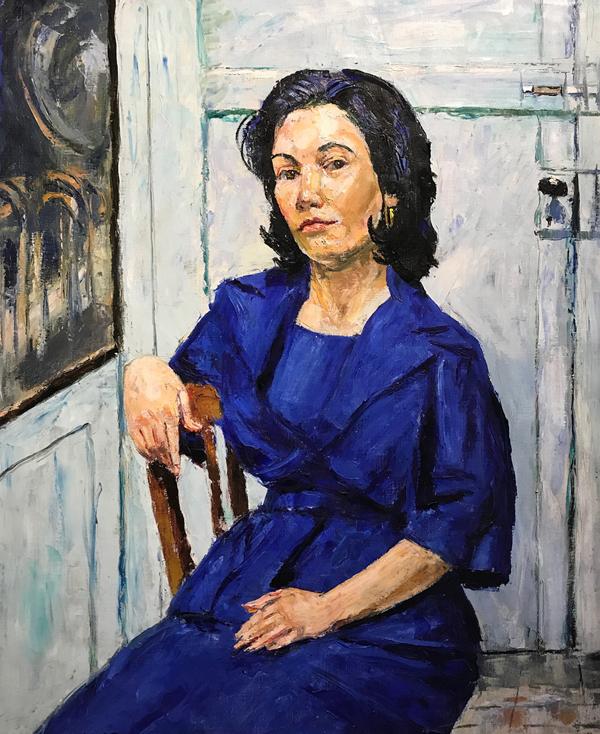 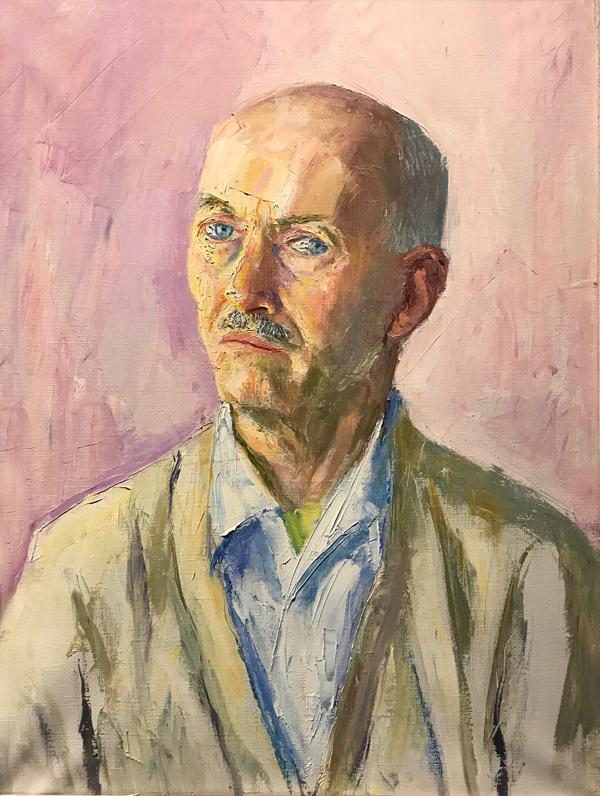 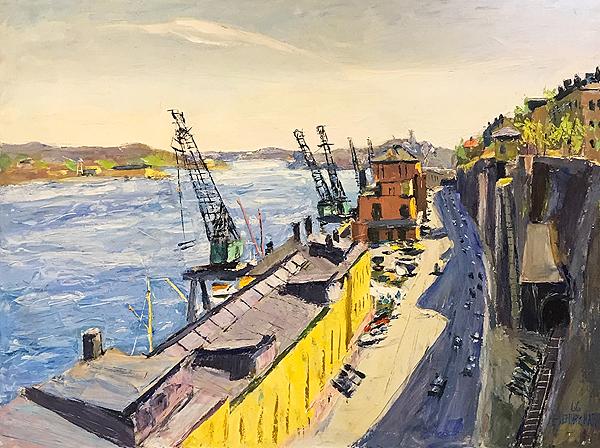 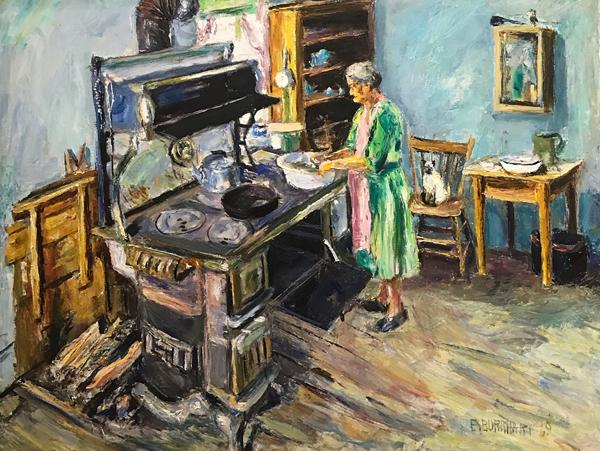 Above we mentioned the three stove works that Burkhart painted while at the Pheasant’s home in Wikemikong, Ontario in the summer of 1969. This is the last of the paintings that included Mrs. Pheasant along with her stove.  It is a grand painting and one of Burkhart’s last large scale efforts before passing away in the fall of 1969.

Burkhart experimented with several different depictions of himself over the years.  This is the only example of such a work without his familiar crop of thick white hair.  Although undated, it was likely painted around 1965 – 1966.

While in Spain on the ISA trip of 1963, Burkhart painted two distinguished portraits of a Spanish lady and man.  It is not clear whether they were related but both were painted in the same location with the same door as a background.  Each is an outstanding example of Burkhart’s mastery of portraiture.  In this work, the deep blue dress dazzles against the off-white door in the background.  The flesh tones in the face are complimentary to the other colors in the painting.

This is another colorful large scale work Burkhart was likely inspired to paint due to its unique perspective high above the road and with interesting subject matter in the line of cranes at the docks below.  This painting was created in 1966 while in Stockholm on the ISA trip of 1966.